Fudge is a new pony that came to Shetland Pony Club in September 2020. He is a very experienced Shetland pony aged 13 years old. He lived in Kent and was ridden in shows before coming to The Ranch. 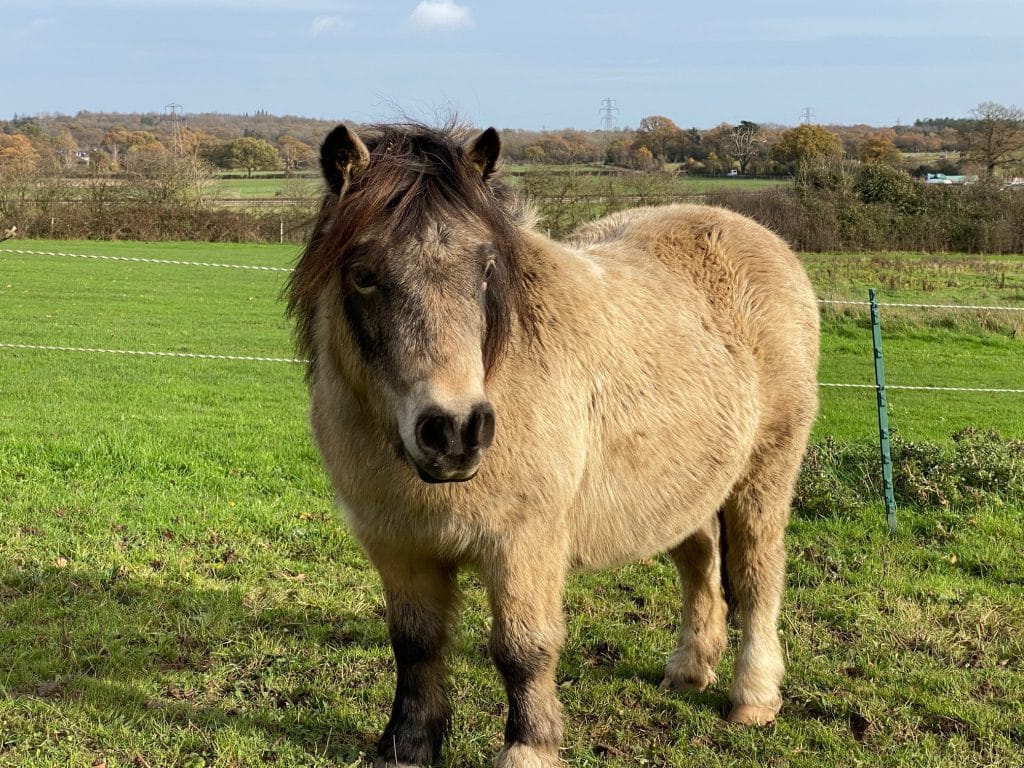 Fudge is a very unusual colour which is called a Dun Skewbald.  Dun means that he has a light sandy colour with a black mane and tail. Skewbald means that he has irregular white patches on his body. He also has three white “socks”, or white areas at the bottom of his legs.  Fudge also has multi-coloured hooves – he has one that is black, one that is white and two that are a mixture – what a pretty pony! 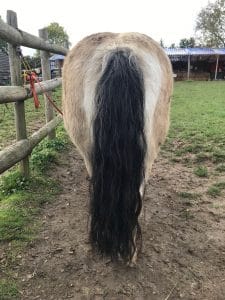 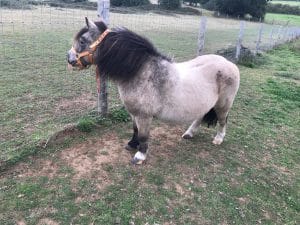 You can find out more about pony colours and markings in our pony advice video here.

Size: ponies and horses are measured in hands (the width of a grown-up’s hand is about 4 inches). He is 9 hands and 2 inches high (9.2hh), making him one of the bigger of our Shetland ponies – also called a Standard Shetland.

Name: he is called Fudge because of his colour and also because of his formal name which is Dilston Cornelius. Cornelius Fudge is the Minister of Magic in the Harry Potter books and we think that Fudge will be magical for the children who come to Shetland Pony Club.

Experience: Fudge is well trained and loves children and he enjoys being brushed and ridden by new riders.  He is good off the lead rein too for experienced riders to have fun on.

Riding: our lovely pony will be used for Starter Rides, Own a Pony Experiences and Pony Parties

Fudge is a calm pony who is confident, friendly and inquisitive. He has made good friends with the other ponies at Shetland Pony Club.