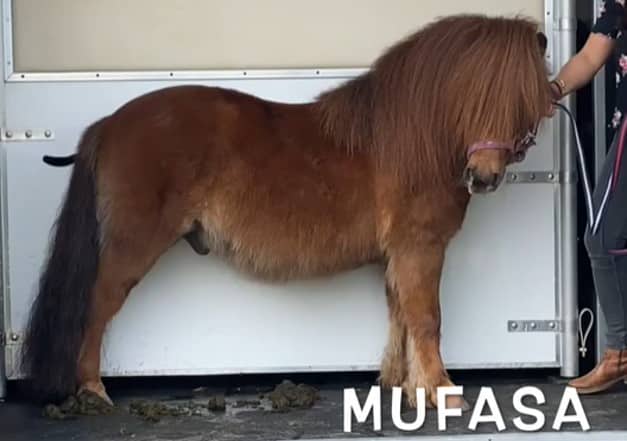 Mufasa came to Shetland Pony Club in 2021. He one of our youngest Shetland ponies at 7 years old and he lived in the west country before coming to The Ranch.

Mufasa is a pure chestnut colour, with a chestnut mane and tail, like Simba but much bigger. He is a rich lion colour, just like the character in The Lion King movie.  He is different from Creme Brulee and Creme Caramel who have flaxen manes and tails and Toffee, whose mane is grey. 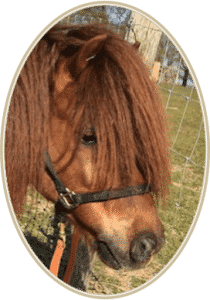 Size: ponies and horses are measured in hands (the width of a grown-up’s hand is about 4 inches). He is 10 hands and 2 inches high (10.2hh), making him one of the bigger for Shetland ponies – also called a Standard Shetland.

Name: he is called Mufasa because he has a gorgeous lion-like mane, like Mufasa from The Lion King.

Experience: he is well trained and loves children and he enjoys being brushed and ridden. He has been shown and won prizes for his good looks and manners.

Riding: our lovely pony will be used for Pony Share Members,  Own a Pony Experiences and Pony Parties

Mufasa is a calm pony.  He is inquisitive and has made good friends with Balmoral, the other new pony at Shetland Pony Club.