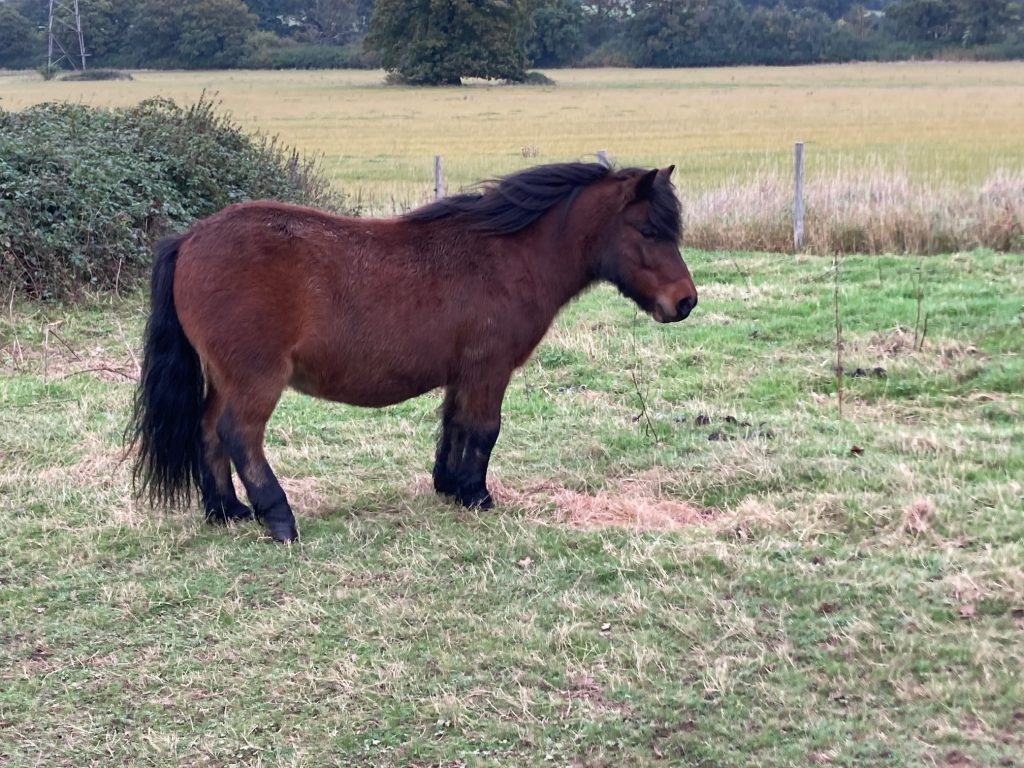 Trooper arrived at Shetland Pony Club, all the way from the Shetland Islands in Autumn 2021. Aged 10 years old he is an experienced Shetland pony having been ridden and shown successfully.

He is a bright bay colour, which means he is a lovely chestnut colour with a black mane and tail. He is a lighter colour than Balmoral, who was bred by the same stud, the Hestigeo Shetland Pony Stud in the Shetland Isles. 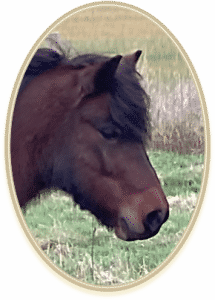 Size: ponies and horses are measured in hands (the width of a grown-up’s hand is about 4 inches). He is 10 hands and 1 inch high (10.1hh), making him one of the bigger for Shetland ponies – also called a Standard Shetland.

Name: he is called Trooper which is similar to his pedigree name which is Hestigeo Trookyr, an old Norse name.

Breeding: he has very good breeding, with his parents and grandparents being well-bred Shetland ponies.

Experience: he is well trained and loves children and he enjoys being brushed and ridden. He has been shown successfully and he won the best gelding prize, twice, at the Pony Breeders of Shetland Show.

Riding: our lovely pony will be used for Pony Share Members,  Own a Pony Experiences and Pony Parties

Trooper is a friendly pony. He is inquisitive and has made good friends with Dinky.

Finding Trooper on the Shetland Islands

This video shows us finding Trooper in part 3 of the series.

Here is the story of Trooper arriving at Shetland Pony Club.

Here is the story of Trooper meeting his new friends at Shetland Pony Club.