Gordon is a delightful Shetland pony who loves to be ridden at The Ranch. 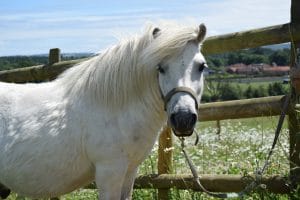 Who can ride Gordon?

Gordon is a fabulous pony who is perfect for children. A talented pony he can jump very well and canter up the hill with you, as you become a better rider. Gordon is a very obedient and quiet pony who is easy to ride.  He has a lovely, shy personality and is ideal for the older child as he is one of our bigger ponies. He is great to ride on Pony Mornings or at Shetland Pony Parties, which you can find out more about here.

Gordon’s full name is Jordan of Quimper.  He comes from the Quimper stud which is famous for breeding white Shetland ponies. 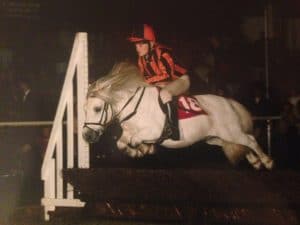