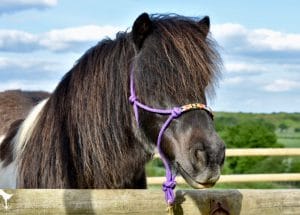 A delightful Shetland pony who we call Batman due to the bat-shaped markings on his back! He is a registered (pedigree) pony with a great big official name, Helawi Domino Nicotina Cloud, so Batman is easier to say! 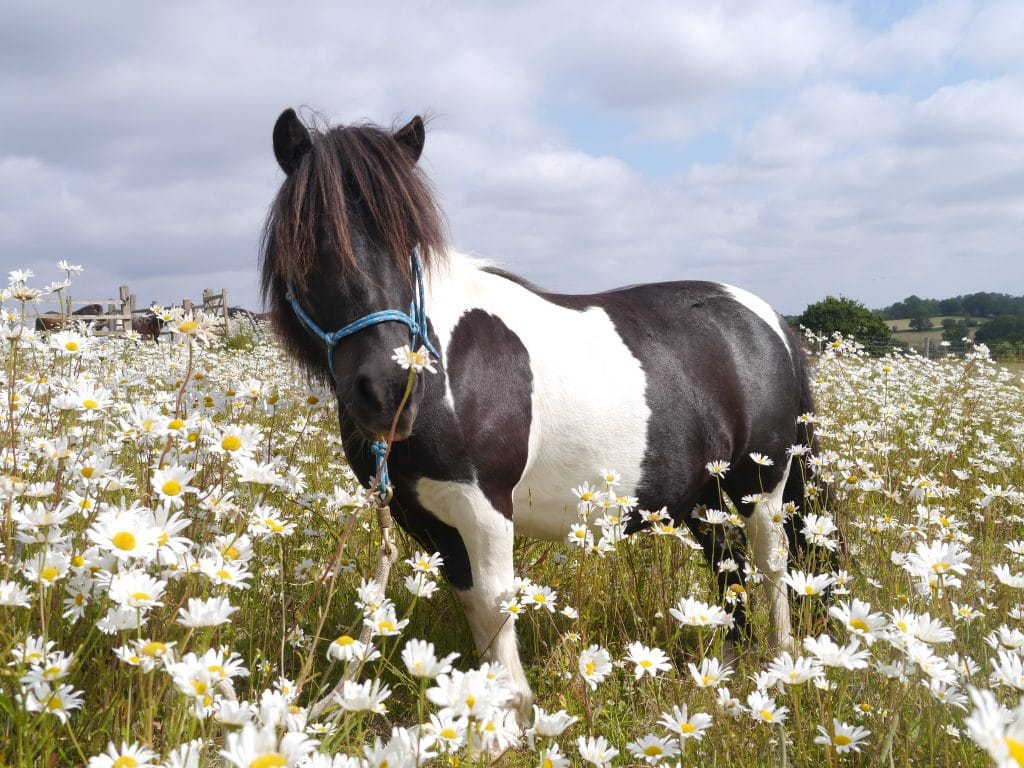 He joined us in the Winter of 2011 and is a very popular pony, with boys and girls alike.
Fun and easy to ride, he jumps well and can gallop too.  He is a kind and gentle personality and an ideal choice for pony-mad children.

Our Shetland ponies are a native mountain and moorland breed, so their manes and tails should be left to grow naturally.
Batman, however, has an amazingly long tail. Find out what happens when he visits the Shetland Pony Club spa to get him ready for his winter holidays in the video below:

It’s a special day for our Shetland pony Batman. His 3D printed sculpture is about to arrive. It’s been specially made for him by Arty Lobster using lots of photographs to create an exact copy of his markings.

What does Batman think when he meets his model? Does the model have his bat-shaped markings correct?

If you are interested in finding out more about 3D printed pet sculptures, get in touch with Arty Lobster

With the very hard ground, Batman the Shetland pony has been struggling with sore feet.

Batman the Shetland pony has thin soles on his hooves, which bruise easily and the very hard ground has made his feet sore.

Bigger horses with sore feet can be shod with metal shoes that have pads on them to help protect their hooves, but Batman’s hooves are very small, making this difficult.

Our farrier has found some special plastic shoes which are small enough for Shetland ponies. They have been approved in a university study and are glued onto his feet, rather than put on with nails.

The special plastic shoes fit Batman’s hooves perfectly. They have a special bar at the back to protect his heal, and a triangle under his hoof to support his frog and protect his sole.  They are very neat and you can hardly see them.

Batman really likes his new shoes.  He feels so much more comfortable and can now go riding again, thanks to our farriers.